Kestrel was built by Brush Traction to demonstrate a 4000hp diesel electric monster that was capable of hauling passenger trains up to 125mph and freight trains that previously had to be double headed. Unfortunately the loco was too heavy to be used to its full potential, exceeding the maximum axle weight of 21.5 tons laid down after the Hither Green crash. Fitting Class 47 bogies managed to reduce weight to allow passenger working but still not low enough to meet the new regulations. Kestrel was eventually sold to Russia in 1971.

The current plan is to build a modernised version using a stage 3B compliant engine to meet current emissions standards. The engine alone will bring the axle weight down significantly. This will give a fully compliant loco built in the UK, the first since Brush completed the Class 60 order in the early 90’s and the most powerful. We are working with University of Birmingham’s Birmingham Centre for Rail Research and Education (BCRRE) to check out performance. 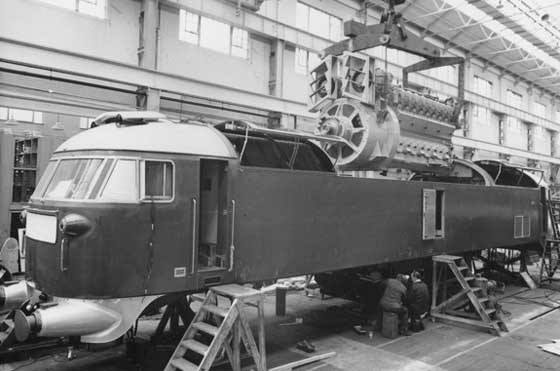