As part of the British Railways Modernisation Plan a new Type 4 locomotive was planned, lighter than the current designs and a 10% increase in engine power from 2,500hp to 2,750hp. BRCW were commissioned to produce a prototype which at the time was the most powerful single engine loco in the country.

The monocoque design removed the need for a heavy underframe, reducing weight, meaning it only needed a 3 axle Co-Co bogie design in place of the 4 axle 1Co-Co1 layout needed to support the weight of the earlier locos. The loco was also a test bed for new AEI electrical equipment, including the light weight AEI253AY traction motors designed using experience gained in the US market.

During the protracted design stage there were disgreements with British Railways following an oreder placed for a similar design to Brush Traction. The loco finally appeared at the Smethwick Works in a stunning white livery. The paint was actually a new formulation for the aviation industry being produced by Docker Brothers at their nearby factory, Mr Docker was also a director of BRCW.

Testing went well and it went on to a regular diagram operating between Wolverhampton Low Level and Paddington. The first problem came on an attempt to run between Birmingham Snow Hill and Paddington in 90 minutes when the generator flashed over causing the train to come to a halt at Leamington Spa. After repairs testing continued based from Swindon with a dynamometer car involving restarting trains on the Devon banks and a 20 coach train on the infamous Lickey Incline, reaching 17mph by the top.

The loco moved to the East Coast route mainly working the Sheffield Pullman and Master Cutler services. The loco suffered several faults including a traction motor flashover and the busbar which provides the link between the generator and the traction motors exploding. It was discovered that the design size was correct, but didn’t take into account the holes drilled into it to mount it into the control frame.
The loco was withdrawn in 1964 and all reuseable components recovered. Rumour is that while at AEI’s works in Attercliffe, Sheffield, the shell ran away and through the wall of the local scrapyard. To cover the cost of repairing the wall the shell was dragged through to the scrapyard and cut up.

In 1999 a project to build a replica using a Class 47 started using the original engine which had been tracked down. Unfortunately funding problems brough that scheme to an end. A new project is now underway as part of the rebirth of BRCW and work is hoped to start as soon as a new works has been constructed. 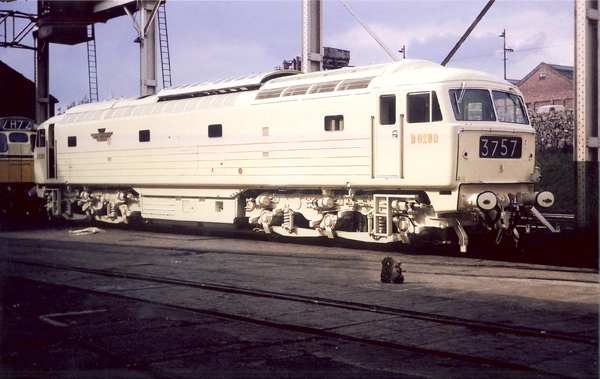 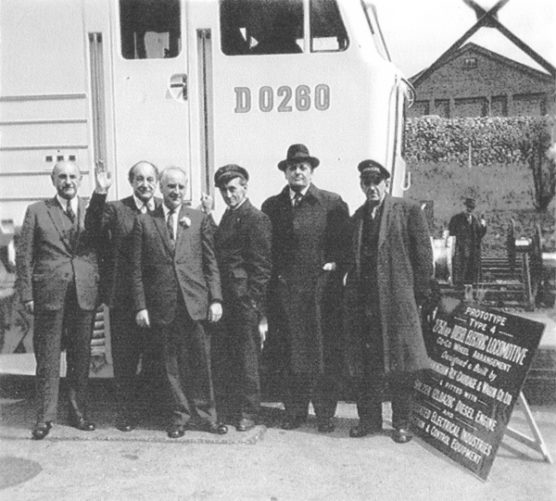